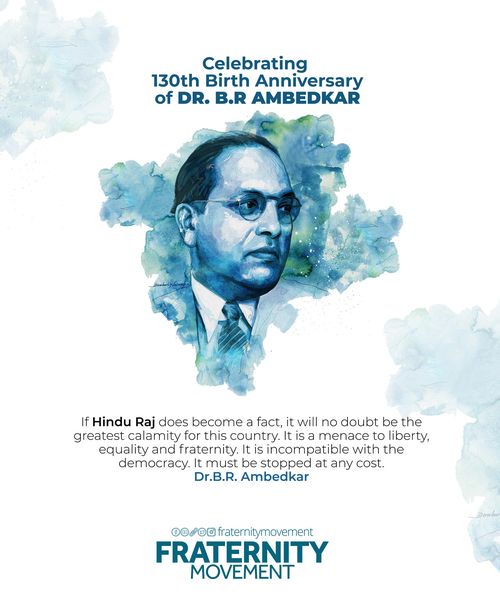 The hundred and thirtieth birth anniversary of Baba Sahib Ambedkar invokes the memory of establishing a democratic structure for the nation. India, placed on the piety of different religions was brought together under Baba Sahib’s tripartite motto – Liberty, Equality, and Fraternity. The norms of an ideal society can be achieved by consciously engaging a diverse range of interests and beliefs, which Baba Sahib believed is possible through shared humanity and Fraternity. When the divisive elements in today’s nation distort the values put forward by him to suppress Muslims, Dalits, and other marginalised communities, it is necessary that the true sense of Liberty and Equality must be accomplished. The attempts of degenerating Ambedkar’s visions by fascist agendas need to be vigorously rejected and denounced. While the oppressive government proclaims ‘Atma Nirbhar’, we resonate Ambedkar’s envisioned ‘Atma Samman’ of the deprived sections.