Standing with Mahboob Alam against Islamophobia spewed by the “progressive left spaces” of JNU. 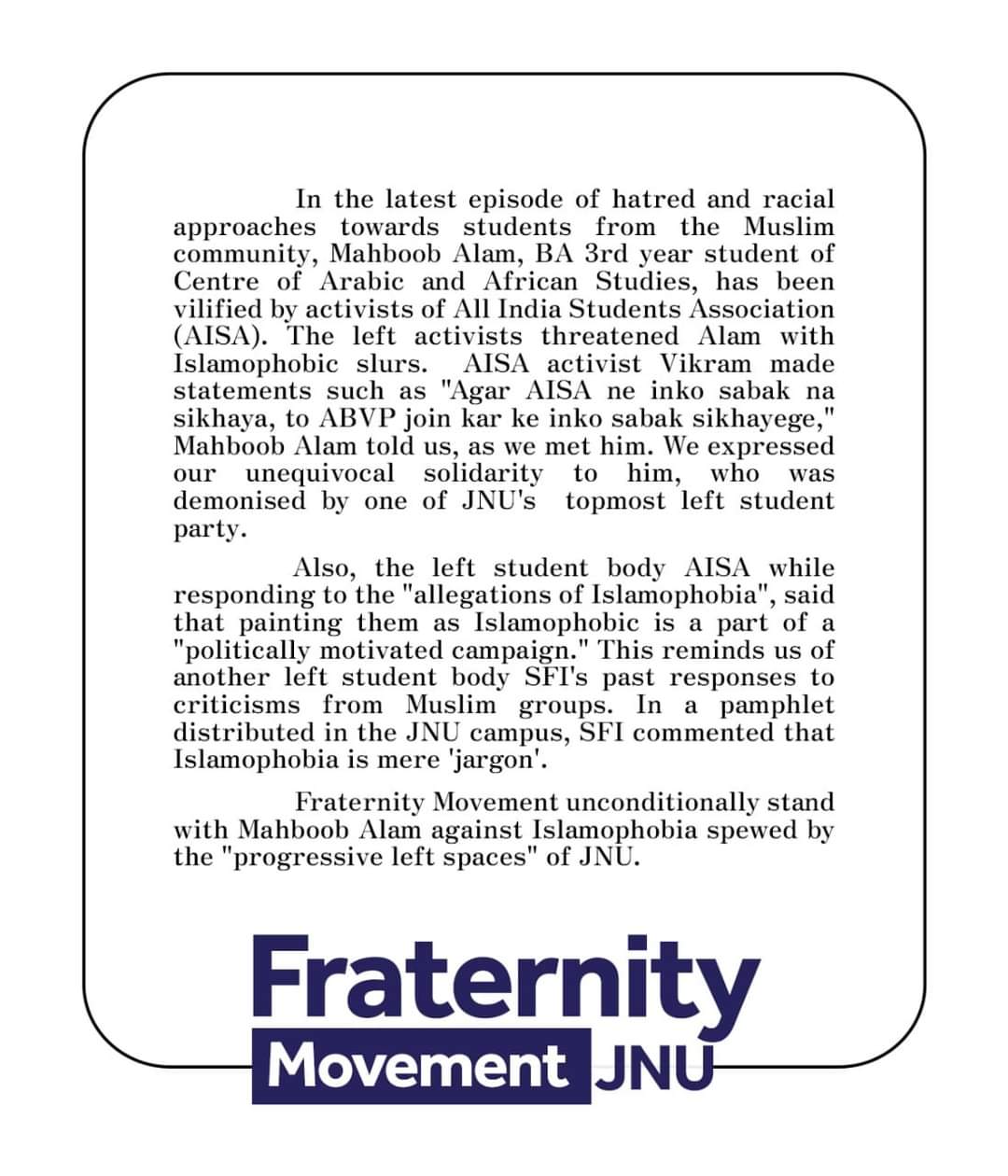 In the latest episode of hatred and racial approaches towards students from the Muslim community, Mahboob Alam, BA 3rd year student of Centre of Arabic and African Studies, has been vilified by activists of All India Students Association (AISA). The left activists threatened Alam with Islamophobic slurs. AISA activist Vikram made statements such as “Agar AISA ne inko sabak na sikhaya, to ABVP join kar ke inko sabak sikhayege,” Mahboob Alam told us, as we met him. We expressed our unequivocal solidarity to him, who was demonised by one of JNU’s topmost left student party.

Also, the left student body AISA while responding to the “allegations of Islamophobia”, said that painting them as Islamophobic is a part of a “politically motivated campaign.” This reminds us of another left student body SFI’s past responses to criticisms from Muslim groups. In a pamphlet distributed in the JNU campus, SFI commented that Islamophobia is mere ‘jargon’.