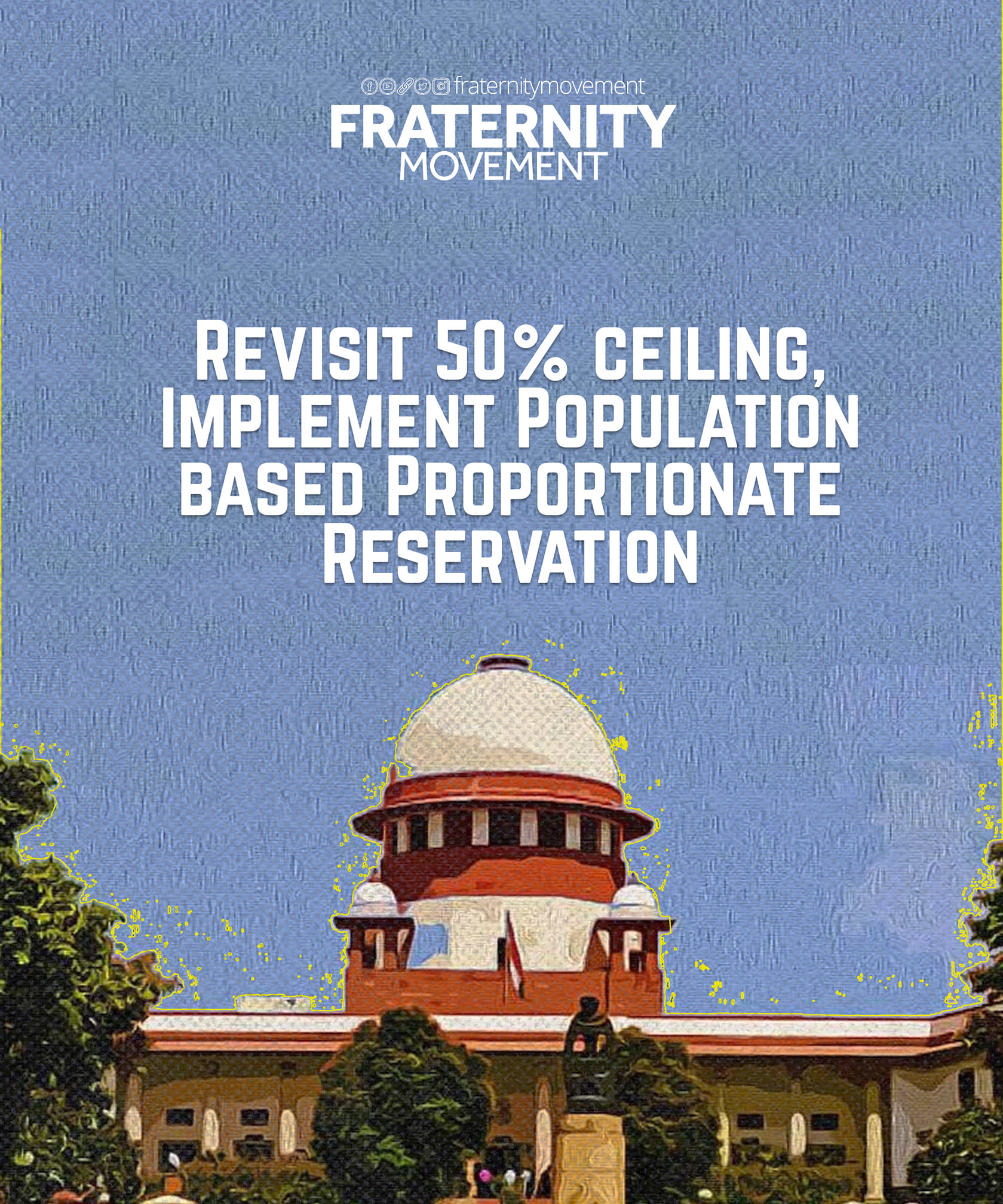 In the wake of the recent Supreme Court verdict over the Maratha reservation, diverse perspectives on the scope and rationale of affirmative actions have surfaced in the public sphere. While delivering the verdict, the Court has observed that “granting separate reservation for Maratha community has not made out any exceptional circumstances to exceed the ceiling of 50 percent reservation”. In order to achieve a just and equitable society, the current reservation pattern on the basis of social backwardness must be reinvigorated to proportionate representation. The representation and participation of different backward communities in employment and education sectors are still far below their respective population. In the light of various commission reports and statistical data, the government should attempt to implement population based proportionate reservation. There emerges a need to revisit the dictum in Indra Sawheny judgment imposing a 50% ceiling on reservations. The majority decision on 102th amendment also must be revisited as it limits the scope of federal state system in deciding the backwardness of communities.At the same time, the unconstitutional amendment enabling EWS reservation and implementation of the same is against the interest of social justice due to its bogus allocation of quota as well as the lack of empirical statistics on defining economic backwardness. Thus, with regards to its significance, we appeal to speed up the hearing on EWS with thorough study of its far consequences over total affirmative action.