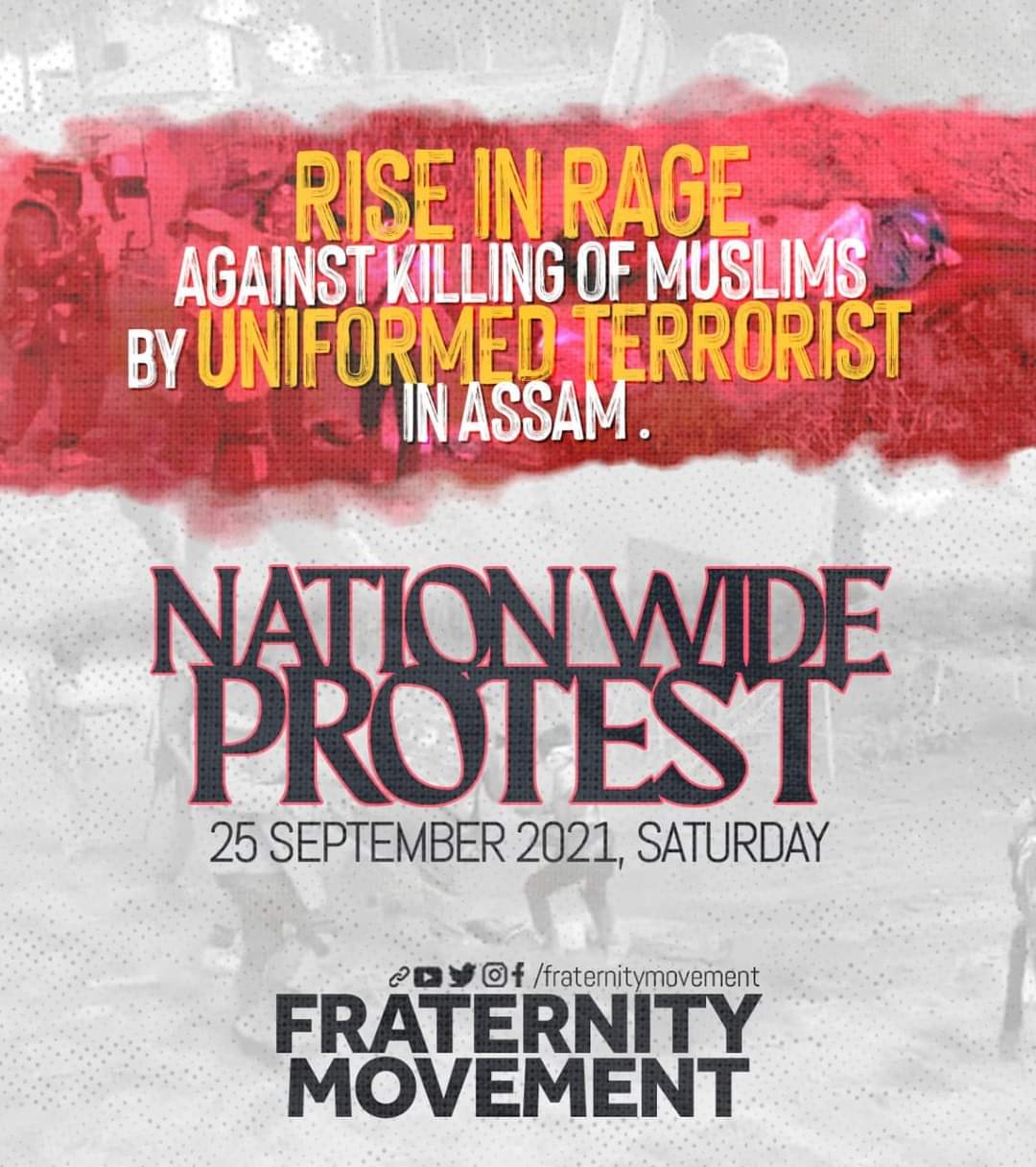 Assam has a history of alienating and dehumanising Muslims in the state particularly the bangla speaking Muslims. With the enactment of NRC in the state, ethnonationalism has taken form of ethnofascism.

In the past few days, thousands of Muslims have been displaced in the Dholpur area in Darrang. State government and it’s Media allies are calling the peasant residents of the area illegal immigrants and encroachers to justify the illegal land grab.

What has unravelled is serious of brutal police action. Atleast 3 have been killed by Assam police but there are speculations of a higher death toll. Moinul Hoque, Saddam Hussain, and Sheikh Farid, have been martyred but their names will remain and haunt the supremacist enthonationals.

Bengali Muslims in Assam have been dehumanised to the extent that we see Bijay Shankar Baniya, a camraman present at the site, kicking and jumping on the dead body of Moinul Hoque exhibiting anti-Muslim hate and ethnic pride.

CM Himanta Biswa Sarma and his brother SP of Darrang, Sushanta Biswa Sharma together unleashed horrors. Nothing can justify the police action and killings. This is going to set an extremely blooy precedent and has to be challenged and resisting. Fraternity Movement demands an end to police brutality and state-sponsored terrorism. We also demand an impartial probe and that SP Sushanta Biswa Sharma be suspended.

Fraternity Movement believes that no Human is illegal and stands in solidarity with the Muslims in Assam.