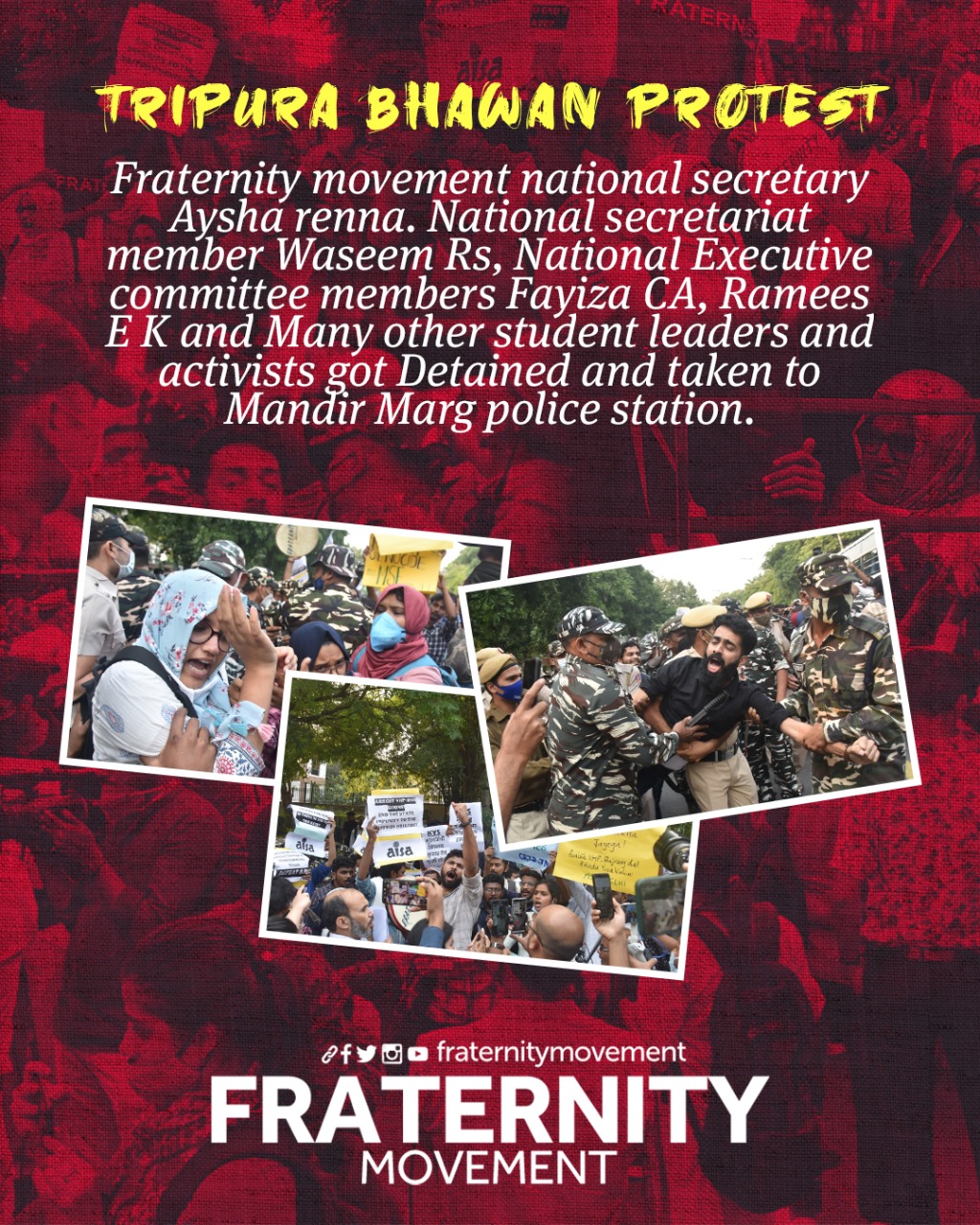 The spate of unabated attacks on Muslims in Tripura under the ironical garb of protests for minorities in Bangladesh, are nothing but another mirror showcasing the hatred for Muslims in India. According to news reports, the orchestrated violence by Hindutva outfits has desecrated a minimum of 15 mosques, several of Muslim households,properties and has also molested Muslim women. Mobs have been surrounding mosques and Muslims localities during “Hunkar rallies”, raising the slogans of “Jai Shree Ram” while openly provoking attacks on Muslims, all the while as the police, the administration, and law enforcement remain mute spectators.

Fraternity Movement vehemently opposes this blatant attack on Muslim lives and identity, and demands immediate action against the hatemongers, and justice for the victims.