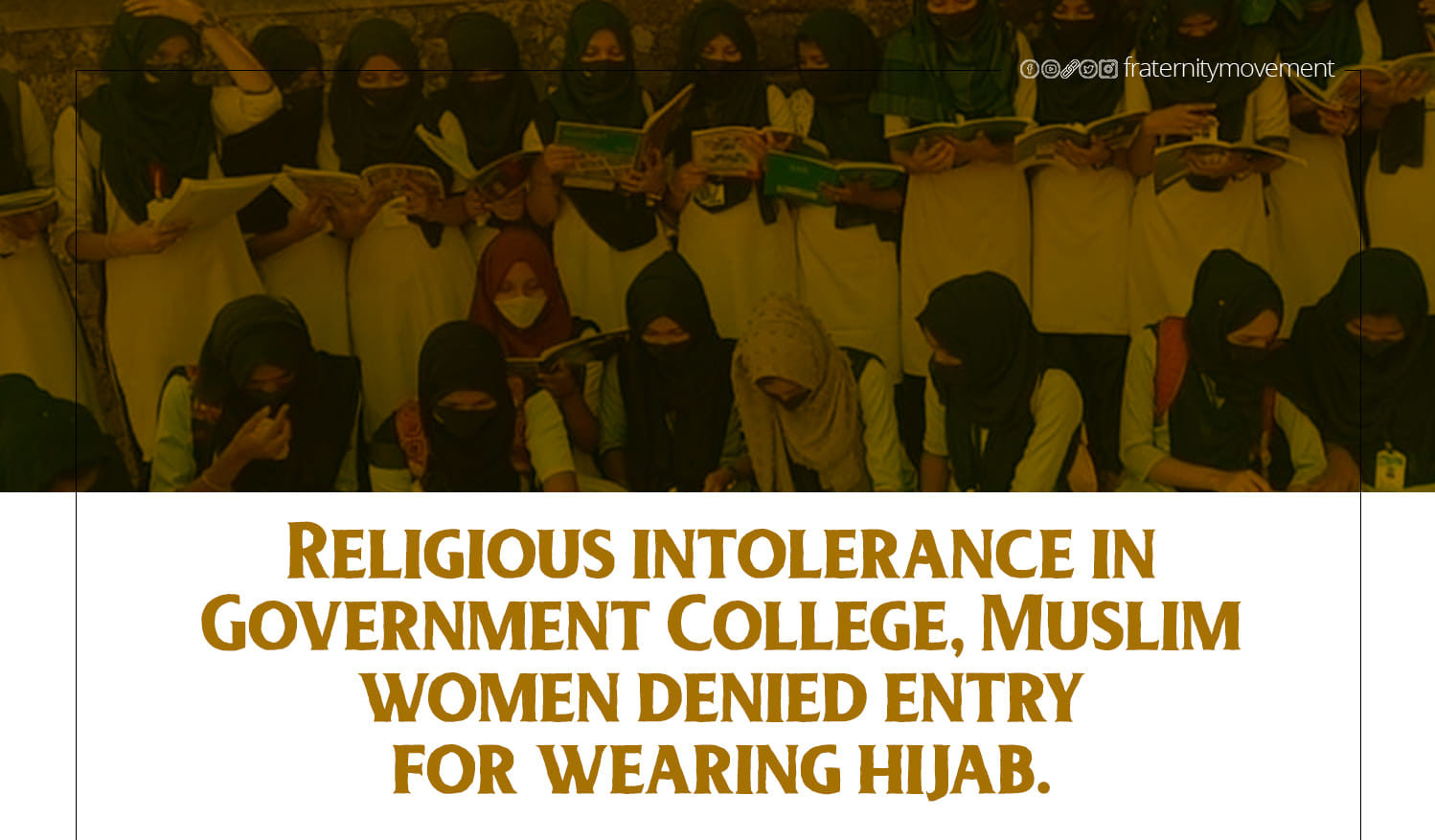 After PU College in Udupi, Karnataka, young Hijab wearing Muslim women are being denied entry in Kundapur Govt College after members of ABVP protested against Hijab by wearing saffron shawls in Kundapur and Badravathi college in Karanatka.

This is an alarming and rising trend of Islamophobia and anti-muslim hatred directed at Muslim women. Denying education because of faith is a violation of freedoms guaranteed by the constitution.

Fraternity Movement stands in solidarity with the young female students and supports their right to practice their religion. We demand strict action against college authorities for religious discrimination of Muslim female students.