Release Salman Ahmad immediately and drop all Charges against him: Fraternity Movement. 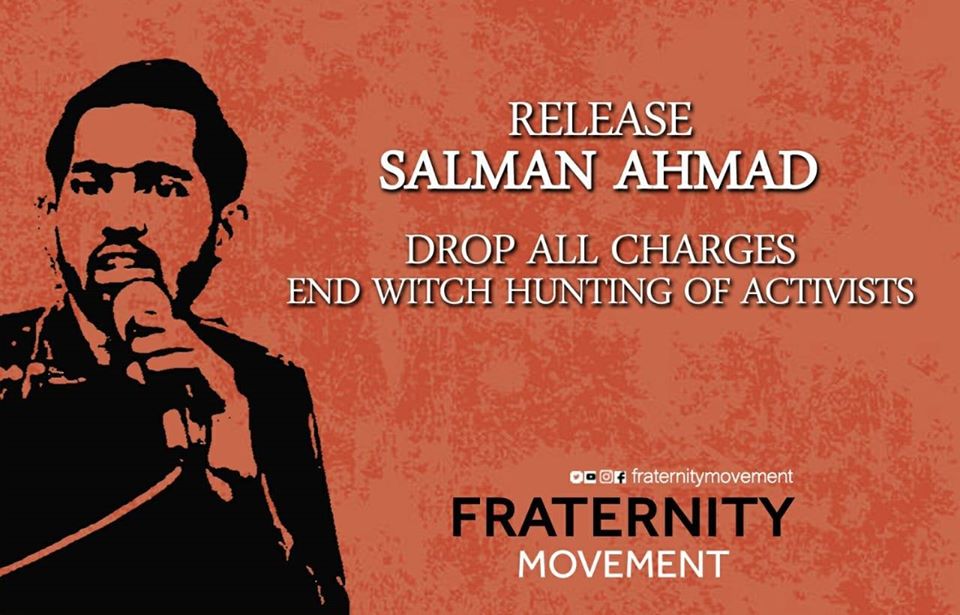 Maharashtra police should stop terrorising students and social activists protesting against draconian laws like the New Citizenship Law and UAPA. The illegal detention and arrest of innocent protesters and state witch-hunt of social activists like Salman Ahmad has become the new normal in India. Salman Ahmad who is also the State President of SIO South Maharashtra is a well known student leader in Maharashtra and has played an active role in issues related to students welfare and human rights across India.

Salman Ahmad is one of the strong dissenting voices in India and has been actively involved in the ongoing anti CAA movement. A speech delivered by him in Nanded in a protest has been taken out of context and made viral. Full clarification regarding the content of the speech has already been made by Salman. We strongly believe that this is an attempt to delegitimise and silence peaceful and democratic protests going on in different parts of India.

Fraternity Movement strongly condemns this terrorizing attitude of the BJP and right wing forces through the state machinery. Maharashtra police should release Salman Ahmed immediately and drop all charges against him. It is high time that Indian state should stop witch-hunt and media trials against all protesting citizens against CAA, NRC and NPR. Fraternity Movement will stand with all political prisoners and will strengthen the fight until innocent citizens are freed.