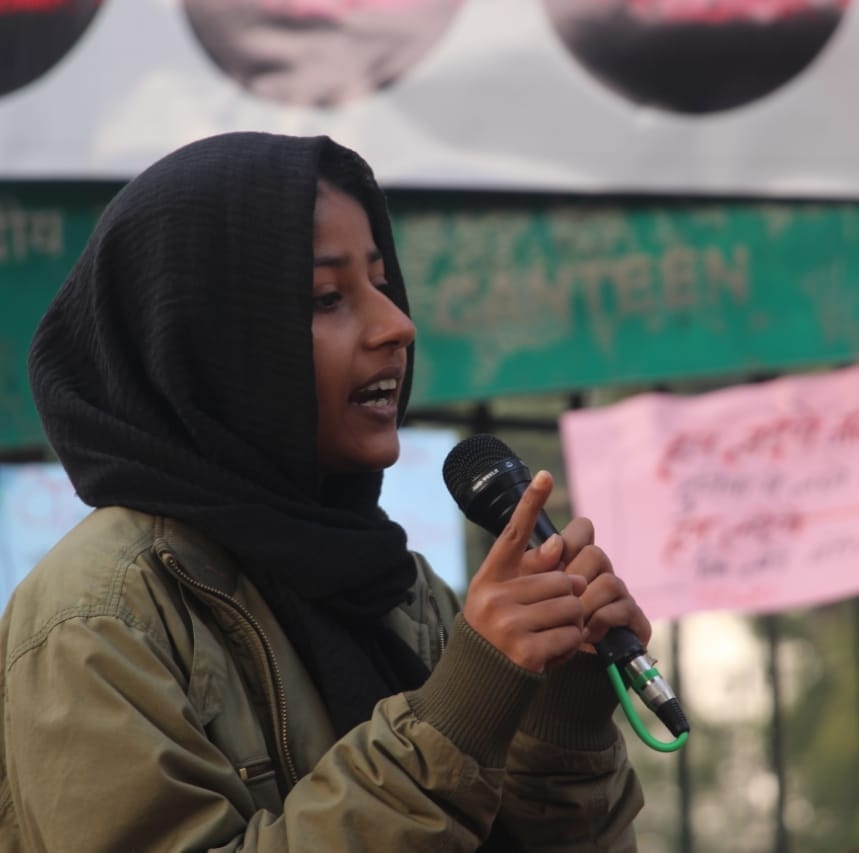 Fraternity Movement condemns in strongest terms the attempts of Times Now, IndiaTV, Zee News, Aaj Tak and Republic Bharat for defamation of Afreen Fatima. We believe that legitimate protest is constitutional right of every Indian citizen which should not be diverted by spreading lies and false propaganda. We also believe that the state witch-hunt of young Muslim activists is rooted in Islamophobia.

Afreen Fatima, councillor of Jawaharlal Nehru University Students Union and member of Executive Committee of Fraternity movement is now being targeted by Times Now and Zee News by spreading propaganda news and doctored videos. Afreen Fatima is one of the fierce and strong student voices in India in the ongoing nation-wide protests against CAA-NRC-NPR. Anti CAA-NRC-NPR movement has already cached international attention where international community is protesting world wide for repeal of Citizenship Ammendment Act in India. The unintelligible moves of the present government stands exposed.

Along with many other students, Afreen Fatima is being targeted by the biased Indian media for her speaking as a Muslim for Muslims openly and about the ongoing state violence and biased legal approach of the present government against Muslims. Seeing this in a series of stifling of muslim activists, this is an attempt to defame Afreen to silence.

Afreen Fatima has been fighting in the forefront against the government’s attempt to make legal, an apartheid law which aims to render Muslims stateless. We strongly believe that Afreen is being targeted by the state along with several others including students of Jamia Millia Islamia and Aligarh Muslim University for their unflinching stand against this unjust law.

Afreen Fatima who is also former president of Aligarh Muslim University women’s college student’s union (WCSU) is a strong woman fighter at this political juncture. We strongly believe that it is the duty of each one of us to stand strongly against state witch-hunt of students and social activists across India.

Instead of correcting the fake media reports and blatant attempt to sabotage the ongoing nation-wide protests, Indian state is witch-hunting student activits and other activists across India who are the actual victims of jingoistic frenzy being whipped up by the BJP.

As this is a clear case of defamation of student activit Afreen Fatima which trespassed the law of press censorship in India. The ministry of information and broadcasting, Government of India should take immediate action against Times Now, IndiaTV, Zee News and Republic Bharat.