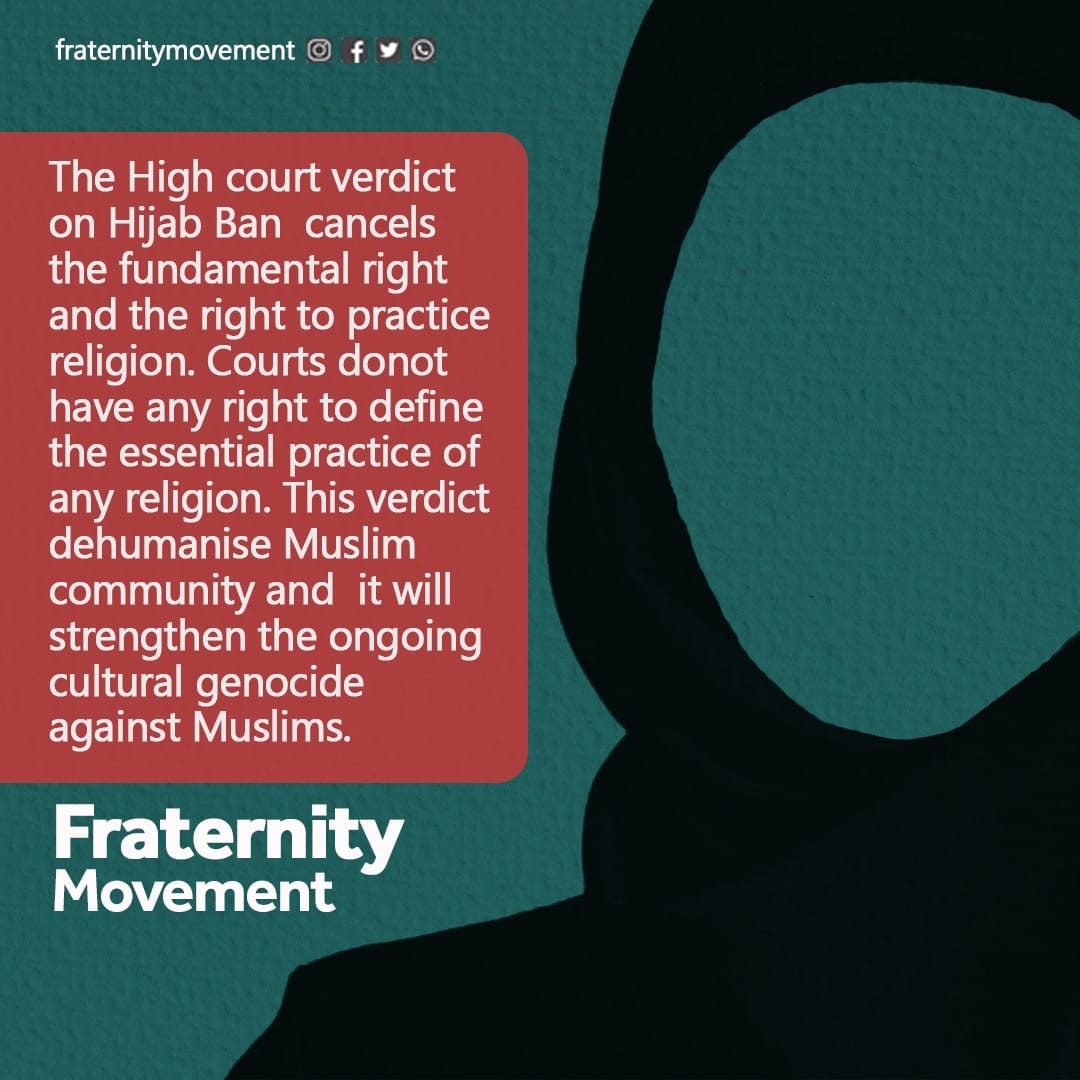 The Karnataka High Court in it’s verdict on the hijab-ban in Karnataka Colleges has upheld the hijab ban forcing young Muslim women to choose their faith or education, both of which are fundamental rights. Religious practices of Muslims cannot be suspended.

The verdict and it’s impact is going to be grave and massive. We fear a mass exclusion of Muslim women will follow this unjust verdict. The verdict has legalized religious exclusion and apartheid against Muslim students.

Fraternity Movement finds the Karnataka High Court verdict banning hijab unacceptable, unconstitutional, and an alarming precedence. We stand in absolute solidarity with the Muslim girls fighting the hijab ban. We offer all our support, emotional, physical, and legal, to fight this battle for education, religious freedom, and dignity.