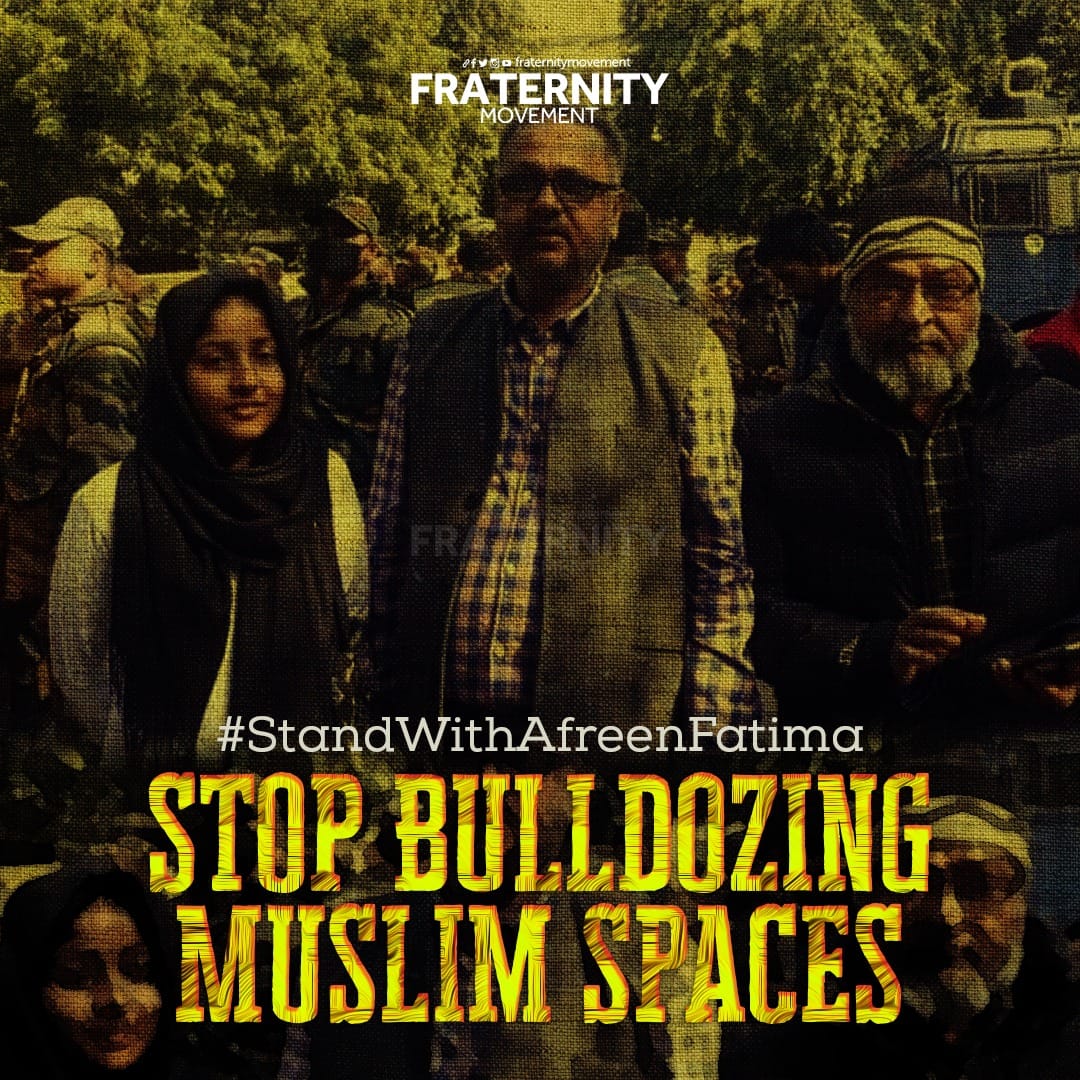 Hundreds were arrested, Muslim homes were raided and 2 including a minor died after Police used brutal force in protests condemning the hate remarks on Prophet Muhammad. While the hatemonger Nupur Sharma and Navin Jindal roam free many including the family of Fraternity leader Afreen Fatima were detained by the Police at midnight yesterday. Her father and Welfare Party leader Javed Muhammed have been arrested and other family members are still in detention.

We declare our solidarity with all who got detained or arrested by the UP police.

We stand firm with our leader Afreen Fatima and her family.

We demand an impartial probe into the Ranch police firing incident. The victims must be compensated and the accountable police officers must be punished.