Fraternity Movement National Team Met With The Victims Of Tuticorin 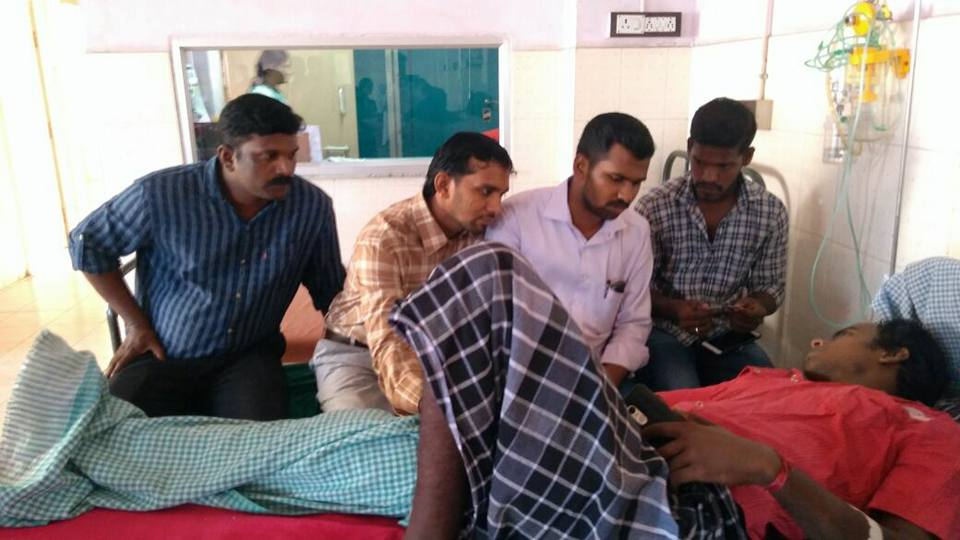 The relatives of the killed and wounded ask fundamental questions on democracy and civil rights. Those killed and wounded were ordinary people , fighting for the basic right to live in their homeland. Among those include students , daily wage labourer , taxi drivers, social activists etc. It’s the anti democratic policy of the government to exclude these sections of people from the circle of development that lead to this brutal massacre. The Tuticorin incident clearly reveal the inherent weakness and limitations of our proclaimed democracy. The democracy is now tilted by 180 degree in which the government is now selecting the required demos by excluding and eliminating the dissent voices.

The police is still arresting many local leaders and activists. The anti social act of Tamil Nadu government against the citizens need to be questioned. The CM is primarily responsible for this massacre. Fraternity movement demand a fair trial on the incident to ensure proper action against responsible police officers and authorities. Permanent closure of the Sterlite plant is the least justice that can be done by the Government and the justice must be ensured by taking necessary action against police officers. Fraternity reject all efforts to highlight the concept of development by suppressing civil rights and denying democratic rights. Development is not holier than democracy and civil rights. With all support and solidarity we stand with the people of Tuticorin. It’s high time for us to stand together to fight these anti democratic forces to realize a neo-democratic idea and ensure social justice for people from all walks of life.