Fraternity Movement demands action against the open call of genocide given by Hindu monks and Hindutva leaders in Haridwar. 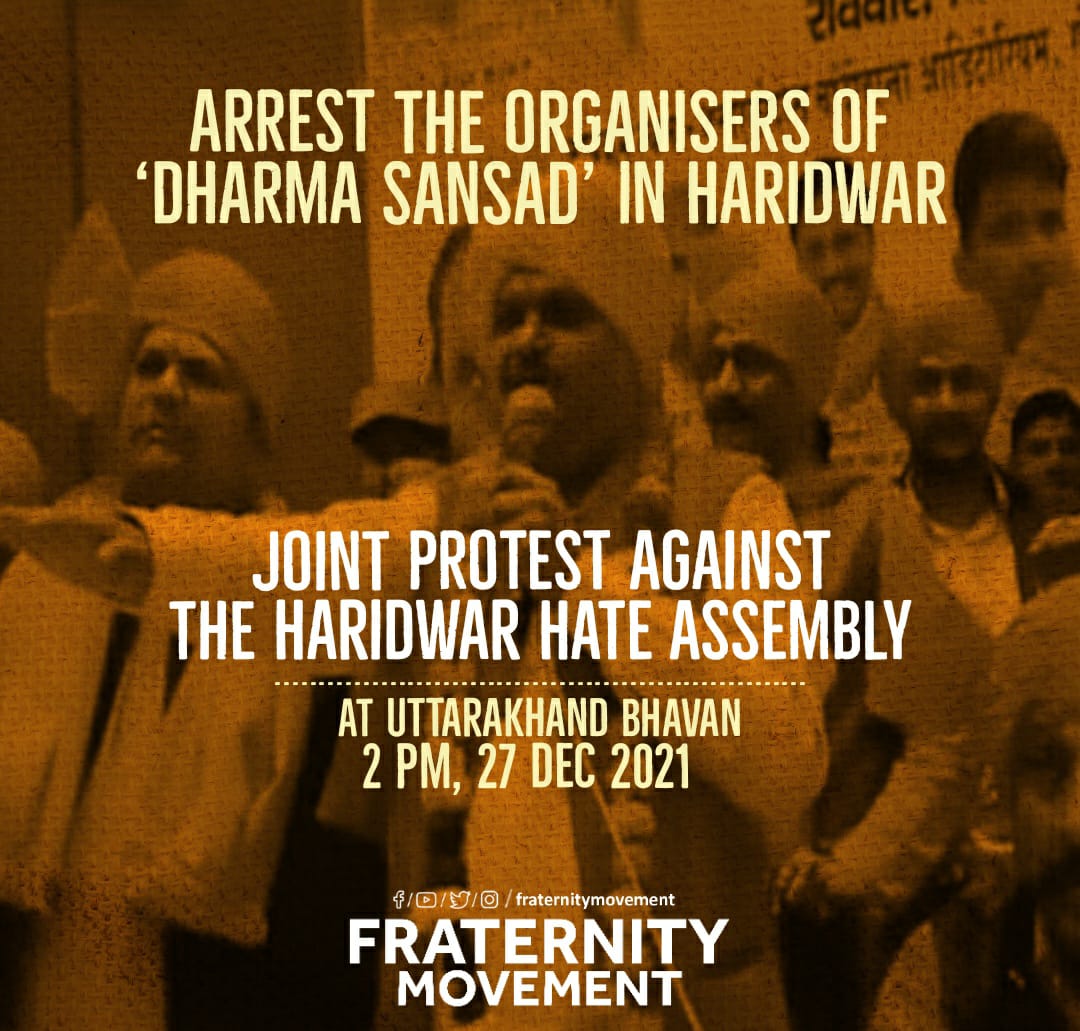 At a three day conference named “Dharma Sansad” (Religious Parliament) held at Haridwar between Dec 17 to 19, videos emerged of popular Hindu religious leaders, BJP leaders, right-wing activists, Hindutva militants and several organizations taking an oath to “fight, die for and if need be, kill, to make this country a Hindu Rashtra”, amid other calls for genocide against Muslims in India. Alluding to a Nazi-esque ‘final solution’ against minorities, Hindu extremist leader Swami Prabodhanand Giri, among other BJP aides, is seen making extremely dangerous and provocative statements like, “…you prepare to die now, or get ready to kill, there’s no other way. This is why, like in Myanmar, the police here, the politicians here, the army and every Hindu must pick up weapons and we will have to conduct this cleanliness drive (safai abhiyan). There is no solution apart from this.” This event is an alarming sign of a brewing genocide of Muslims in India facilitated and encouraged by the state. The Uttarakhand police have not made any arrests or taken any stringent action against leaders and monks openly calling for religious violence. This ignorance and irresponsibility on the part of the police show the impunity granted to these proprietors of hate. This should be considered a direct attack on religious minorities, and a threat to their lives and dignity.Fraternity Movement demands immediate arrests and swift judicial punishments against the organizers and attendees of the event. The movement stands rigidly and firmly against the agenda of genocide against religious minorities, perpetrated by some Hindu monks and Hindutva leaders.