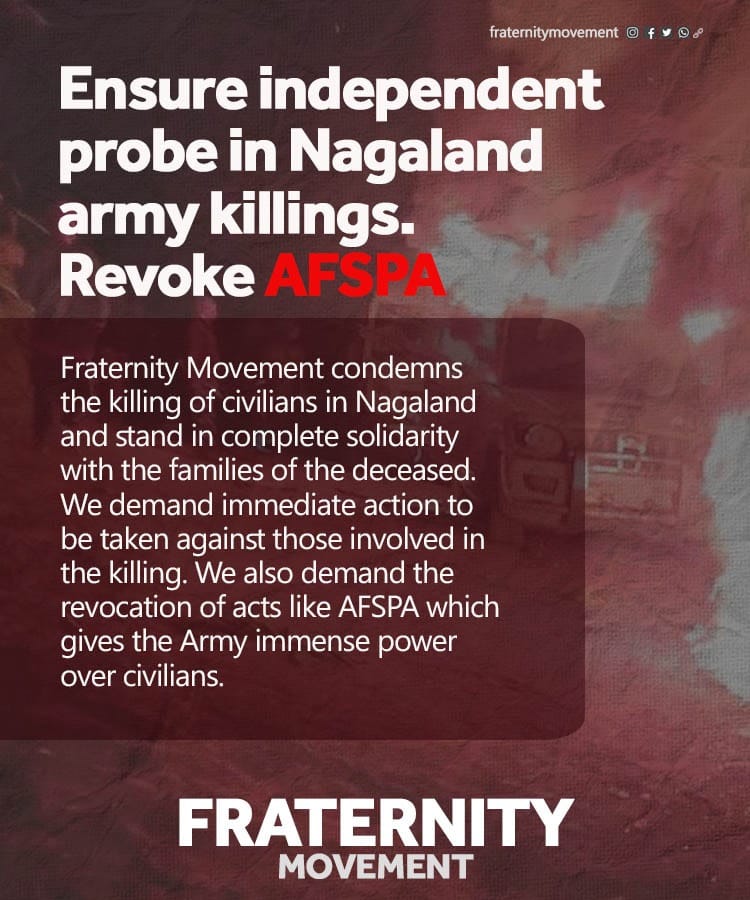 These incidents of absolute violence against people happen because of the impunity enjoyed by the Army through laws like the AFSPA which grants the Army special powers in certain regions. In Kashmir and the North-Eastern states laws like this enable the forces to commit crimes against civilians and get away with it easily.

Fraternity Movement condemns the killing of civilians in Nagaland and stand in complete solidarity with the families of the deceased. We demand immediate action to be taken against those involved in the killing. We also demand the revocation of Acts like AFSPA which gives the Army immense power over civilians.