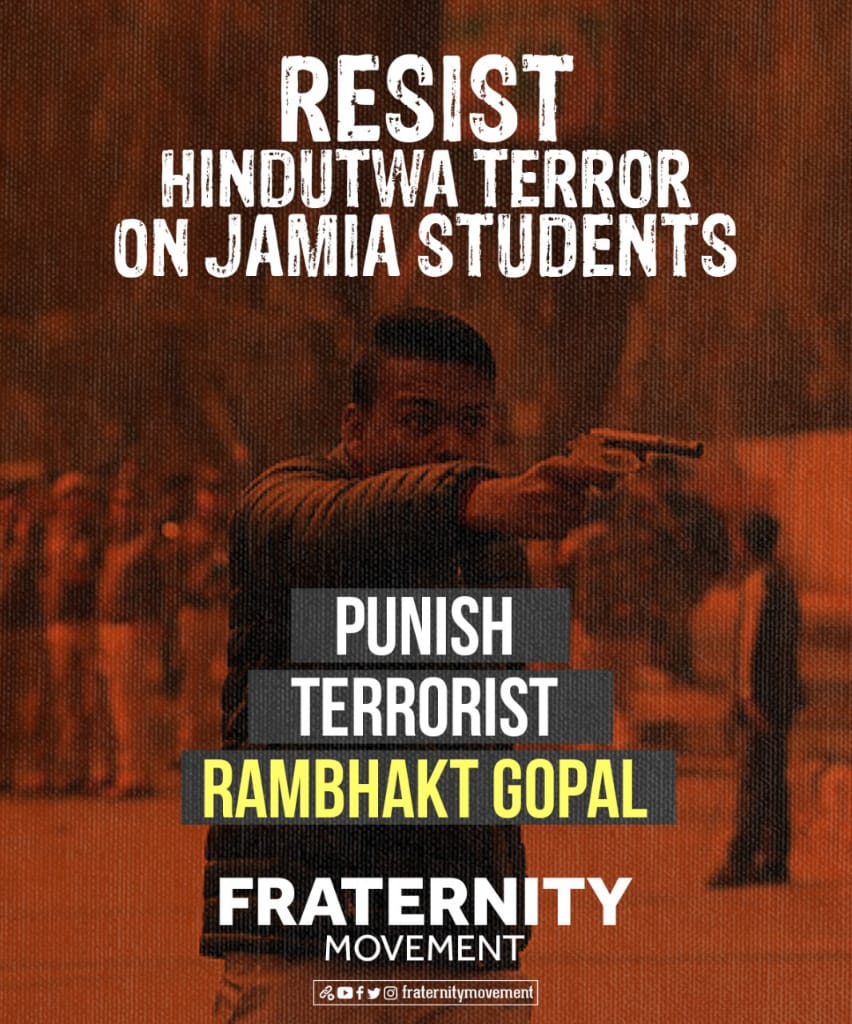 Few days after union Finance Minister and BJP leader Anurag Thakur steered the the slogan of ‘Goli Maaro Saalo Ko’ at a poll rally in North Delhi’s Rithala, a gun wielding man shoots at the students of Jamia Millia Islamia who were protesting against the Islamophobic Citizenship Amendment Bill. The attack, injuring a Kashmiri student of Jamia Millia Islamia, should not be seen as continuation of the communally charged and violence provoking statements made by several BJP leaders.

The students of Jamia Millia Islamia were peacefully marching to Raj Ghat when the attack happened. In the video made available to TV channels, it can clearly be seen that Delhi police made no efforts to stop the attacker and merely remained a mute spectator to the happenings. The attack could have been avoided it the police take appropriate steps immediately.

People protesting against the Islamophobic and anti-Constitutional bill have been repeatedly referred as ‘anti nationals’ by senior BJP leaders, including Home Minister Amit Shah. The attacker shouting slogans like ‘Vande Mataram’ and ‘Jai Shree Ram’ commonly used by the BJP and lynch mobs further suggests the attacker’s connection with the BJP.

Fraternity Movement condemns the attack against students of Jamia Millia Islamia. We demand that the police should take immediate action against attackers and BJP leaders like Anurag Thakur for inciting violence and creating law and order situation. We also condemn the failure of Delhi Police to prevent this kind of attacks and demand a fair inquiry into the matter.