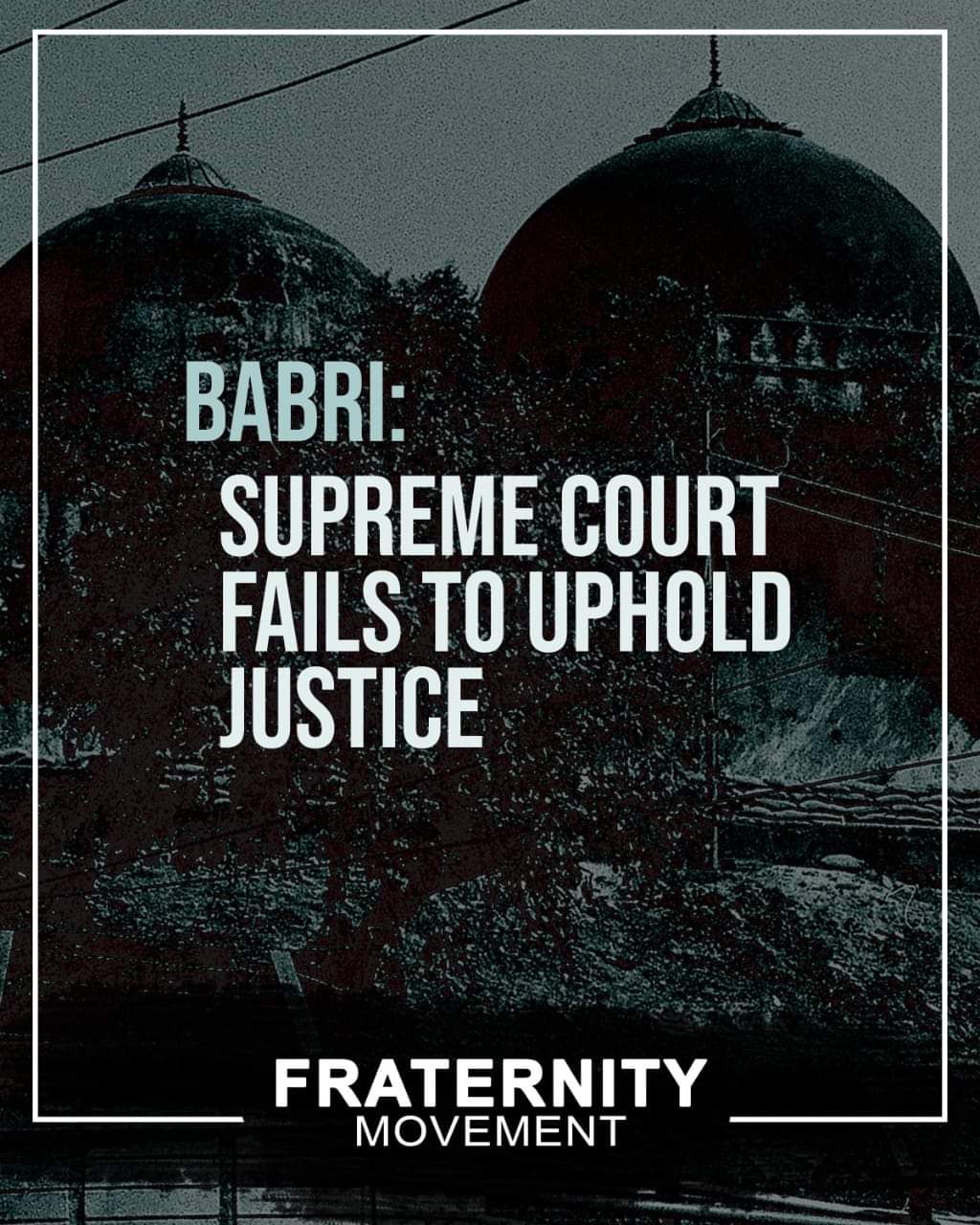 The Supreme Court’s verdict on Babri Masjid case is unjust and biased. It revealed the influence of anti Muslim elements within the judicial system and governing body of the country. The judiciary should not adopt approaches that attempts to satisfy the public conscience, but instead base its jurisprudence on justice, facts and rule of law.

The Muslim community and the community organizations in the country, even when their rights have been denied, have put their ultimate trust and and hope for justice in the Supreme Court. However the judgment of Allahabad High Court and the verdict of Supreme Court have shattered all hopes of Muslim community.

Even as the court found the act of placing idols in the masjid and the demolition itself a violation of law, the court is silent on this violation and instead gave a judgement which did not redress this act of injustice.

Law must function on the path of justice. The 5 acres of land offered as compensation by the court must be rejected by the Muslim society as a whole. The Muslim parties went to court seeking justice, not compensation.

While accepting the judgment within the rule of law, the justice-loving people have a right to disagree with the court’s attempt to ignore the evidence and to instead to base its judgement on the beliefs of only one community which could not be substantiated by legal facts.