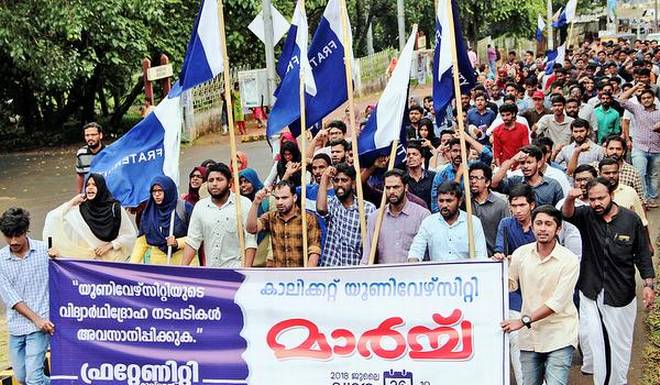 on Thursday demanding that the university end its “anti-student policies”.

The protesters alleged that the university was discriminating against private students. They accused the university of failing to conduct the examinations and publish the results in time. Fraternity Movement State vice-president Shamseer Ibrahim, inaugurated the march.

Student leaders claimed that Pro Vice Chancellor P. Mohan had agreed to all their demands during talks between them.